People who know good food are my people.

Jom and Ericka are one of the best food trippers I know. They’re also some of the most hospitable and welcoming people I know (Filipino thang, cause it me, too! Ha!) Jom had emailed me about a month before their shindig and in the first couple of emails, he’d already been inviting me over for their brunch happening afterwards.

Their Beverly Hills Courthouse wedding ceremony was quaint and intimate but full of so. much. laughter. Jom and Ericka had this, I’ll laugh at you and with you kind of traipsing around all over Yelp’s Top 10 foodie spots in Socal kind of love. They just get each other. In between trying to get the rings on each other’s fingers, and Jom blanking out while the judge kept cueing him to repeat the following sentences, while Ericka kept bursting into laughter while Jom blanked out, it was honestly so unforgettable. So much so, the judge had even mentioned how that was a first, even for her! We then headed out across the street to a small corner in front of the library. Aaaaand had eventually gotten kicked out from the lavender bushes I had them lounge in.

Afterwards, we all headed out to Taste on Melrose and just ate…and ate…and ate…..all this dang good food, while we circled around tables and squeezed ourselves into places we shouldn’t be to take some awesome photos on an LA strip. I just loved how Ericka was so prepared, that she even had a bubble machine good to go for some really epic photos.

Scroll down to see how fun a small wedding can be! 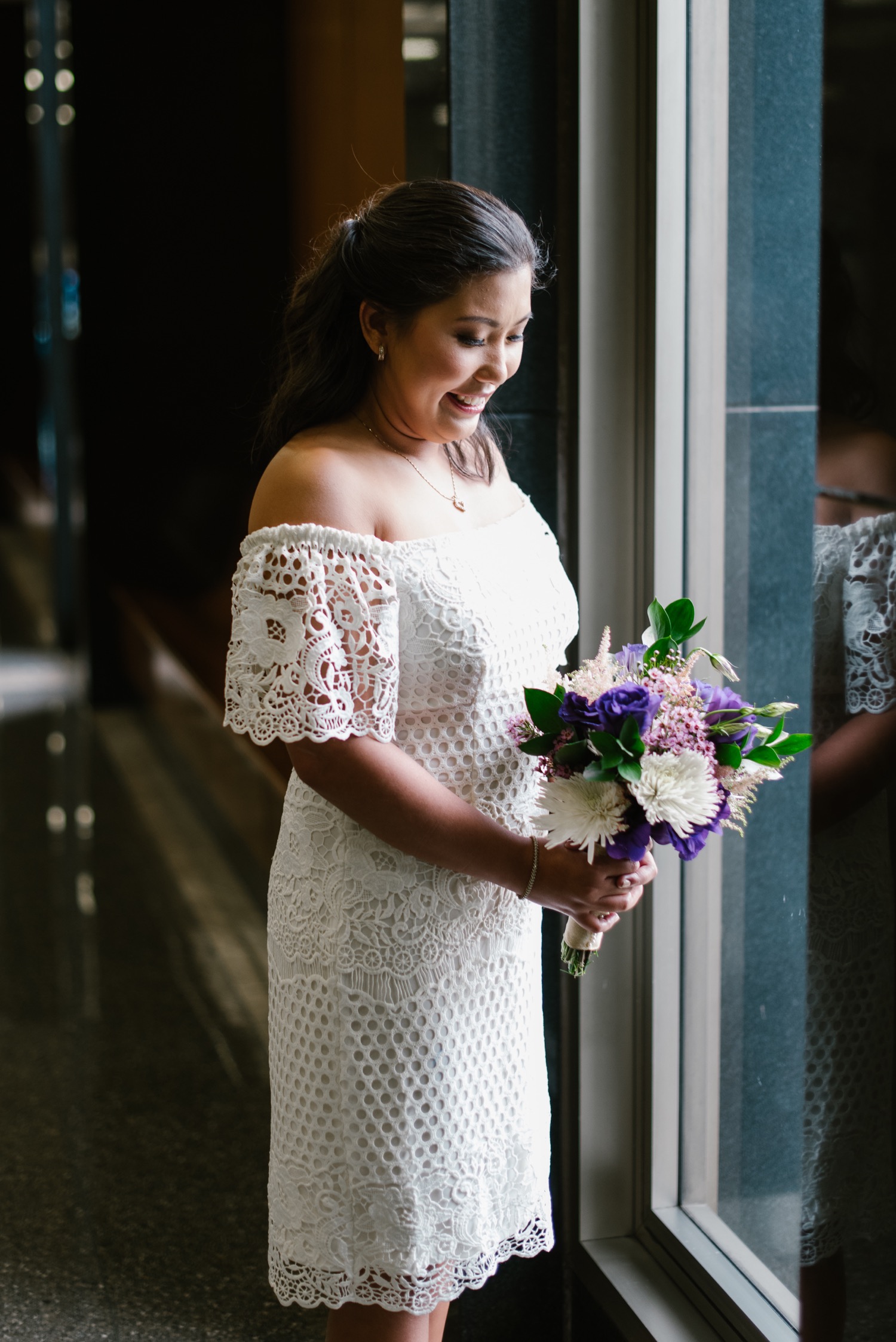 Your Narrative blog will appear here, click preview to see it live.
For any issues click here

These awesome people and vendors came together to help make this happen!